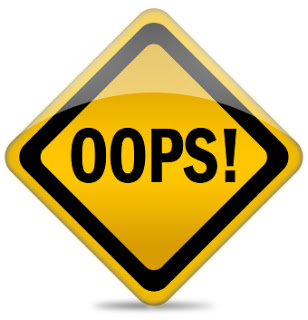 There are people in the business world who believe you shouldn’t apologize when you make a mistake.

They are generally operating on two silly beliefs:

The reality is that EVERYONE makes mistakes. Great leaders admit them,

Apologies cement relationships. A critical leadership competency is to be able to forge relationships across an organization. If you have made a mistake but don’t apologize if it harms someone you will be seen as insensitive and dishonest.

The ability to read others, to be honest, and to forge strong relationships are key leadership skills.

Employees remember slights and being wronged for years if there’s no apology. In my consulting work, I had interviewed employees who felt they were wronged by a supervisor and still feel the upset years later. This is because they are denied the closure that an apology provides.

Here are some tips for making a good apology:

Many people compromise an apology by saying something ridiculous like, “I’m sorry you felt bad about what I did,” or, “I’m sorry I didn’t behave the way you wanted me to.”

If you strongly believe that an apology isn’t necessary, think about this: There is no downside to offering one.

People will respect you more for it.

And it’s a good habit to get into.