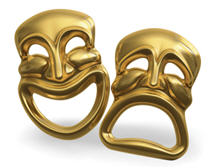 A FORTUNE magazine article by Patricia Sellers ran the next day on the CNN Money website. Bartz describes how she was fired by over the phone by Yahoo board chairman Roy Bostock.

According to the piece, Bartz called Bostock at a pre-arranged time, and when he got on the line, she sensed he was reading a statement scripted by an attorney.

“I said, ‘Roy, I think that’s a script,'” adding, “‘Why don’t you have the [expletive deleted] to tell me yourself?'” When Bostock finished reading, Bartz didn’t argue—”I got it. I got it,” she told the Yahoo chairman. “I thought you were classier,” she added.

Bartz goes on in the interview to criticize and mock the Yahoo board, referring to them at one point as “doofuses” and thus putting in jeopardy $10 million attached to a “no disparagement” clause.

She also reportedly sent this e-mail to Yahoo’s 14,000 employees:

To all,
I am very sad to tell you that I’ve just been fired over the phone by Yahoo’s Chairman of the Board. It has been my pleasure to work with all of you and I wish you only the best going forward.
Carol

Here are some lessons to be learned on both sides of the situation:

1. Only fire in person. You would think this goes without saying, but apparently it doesn’t. The types of emotions evoked for both sides are intense. Intense emotions are processed differently by the brain and create bitter memories that don’t fade much. Don’t fire someone by phone, by e-mail, or by using your attorney as a go-between. Aside from the bad memories, it can create a bad company reputation. Who would want to work for a company that does that?

2. If a hire feels risky, don’t do it. Corporate America’s memory is short; we forget like Sunbeam’s calamitous hiring of “Chainsaw” Al Dunlap. Consequently, the press is filled with stories about CEOs fired after a short time (Bartz had joined Yahoo in 2009). Sometimes the person you’re hiring to shake things up shakes more than you’re comfortable with. If your choice of a new CEO or other senior executive feels risky, consult with people outside your hiring group for a reality check.

3. Revenge is a dish best served cold. Bartz was furious about two things: the firing itself and how it was handled. However, her comments to employees in the press not only put $10 million on hold, but future employers may think twice before they hire her. Sometimes when you’re angry, the best thing to do is nothing at all.

Providing regular feedback throughout someone’s service to your firm ensures that problems are identified and addressed as soon as possible. Some highly-driven senior executives can be resistant to feedback, so that’s a trait you want to assess before you hire them in the first place.

If you reach the point where solutions aren’t working and you have to let a key employee go, consult with your HR department, your business attorney, and folks outside your firm to make sure it’s handled in the most compassionate way possible.

Even in situations where the arrangement is no longer a good fit, and in which both sides agree that it’s time to part, a firing is uncomfortable for all sides.

If you’re the one who’s let go by a company, strongly resist the urge to attack the firm in any way. Even if there’s not $10 million on the line.

If you want to read the Fortune magazine article, you can see it here:
http://postcards.blogs.fortune.cnn.com/2011/09/08/carol-bartz-fired-yahoo/