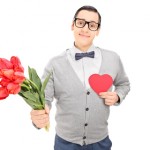 Remember the first time you fell in love? That person seemed like the smartest, funniest most attractive person in the world to you.

And although that happened in a romantic context, it happens all the time in business, as well, when you allow initial very positive first impressions of an applicant to blind you to other information that might change that positive impression. Like when we’re in love, we want to believe we really did find the perfect person for the job.

Why don’t we fall out of love with an applicant we initially felt so positively about once we find out negative information?

First, there is often a high level of urgency around filling an open position, and that can cause managers to discount negative information.

Second, we have a tendency to believe the first things that we learn about an applicant. Those initial impressions can be difficult to shake later. For example, an applicant listed on his resume that he had been the marketing director at his last firm.  The hiring company was impressed.  It was an apparent lie, though, because his LinkedIn profile showed the same position as a “marketing internship.” When questioned about the discrepancy, he admitted that he lied on the resume about it, but the hiring company still consider him for the position, giving him the benefit of the doubt on the misrepresentation.  Their initial positive view of him as a “marketing director” was still lingering, even though they knew he had lied about it.

Finally, and related to the second point, hiring managers have a tendency to discount information they learn later that contradicts initial impressions about an applicant. In other words, they tend to shape later information to fit their initial highly positive impressions.

Here are a few things you can do to avoid seeing applicants in an unrealistically positive light:

1. Use a standardized method of evaluating resumes.  Numerous surveys reveal that many applicants — more than half according to some survey results — lie on their resumes in order to get a job.  In my own practice, the most common misrepresentations I find relate to academics and trying to hide gaps between jobs.  I use a checklist to review resumes, and I include prompts to look for gaps, negative information and other clues that the person is not being entirely honest.  Using a checklist will help you see what is there to be seen regardless of how the applicant has tried to position themselves.

2. Write an interview questionnaire to be used with each applicant. Ask all questions of all applicants, which will ensure a consistent method to find out about each one. This can help eliminate the tendency to not ask tougher questions of applicants who you were initially impressed by.  I often interview candidates who are finalists for a job, and one or two questions reveal major problems. Why do those problems tend to surface at the end? Because in initial interviews, the client company was looking for reasons to hire and was not focused on areas where the candidate was not a good fit.

3. Involve two or three other people in the hiring process. Having multiple people interview and rate the applicant against a set of standardized criteria ensures a balanced view and a better decision-making process.

If you have your own techniques for making sure you are not swayed by applicants who appeared first to be amazingly right for the job, post them as comments!