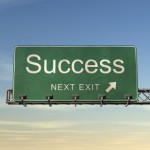 My friend Wendy is considering a new job.

The good news? It’s a great promotion with a significantly higher salary, she can work more from home, and it’s on a different team than she’s on currently … the new team is much more action-oriented and the people get along extremely well.

The bad news? It requires traveling twice a month.

Much earlier in her career, Wendy would have taken the new position without thinking twice. Excited to jet around the country (and occasionally the world!), the word “travel” connoted new places, new people and new things to see.

But at this point in her life — married with two children (one in college and one with two more years of high school) — the idea of getting in a car or on a plane or train twice a month is a price she is not willing to pay.

Did she turn down the offer? No. She is currently still negotiating with them to explain what she wants and to learn more about how the travel might be covered by someone more eager to do it.

That’s a critical question, because it reveals the honest limits or boundaries around the sacrifices we are willing to make to succeed.

No matter what the goal you’re considering, make sure you account for what you are not willing to do to achieve it; it will help surface important issues and ensure that you don’t put yourself in a position you would rather not be in.

2 comments on “What Price are You NOT Willing Pay to Succeed?”